The Italians really knew what they were doing when they invented pasta, it is absolutely delicious and no one can deny it. What is even better about pasta and noodles is just how versatile it is.

However, let’s not act like pasta is for everyone, or let’s face it like everyone can eat pasta. The big question is, are noodles vegan? 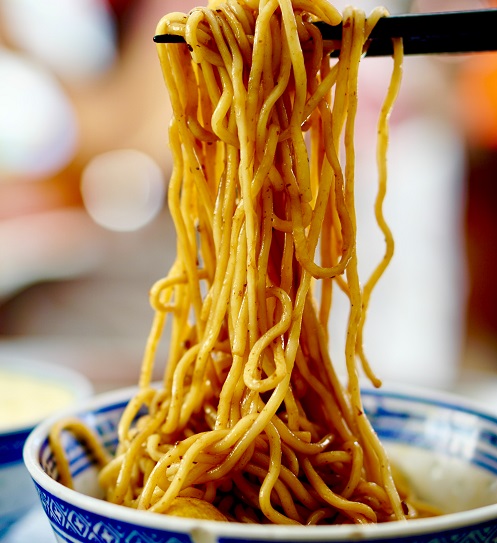 The good news is that most noodles will be vegan. Or, at least most packaged pasta you can get from the store is vegan. However, this does not mean that all of it is. Not all noodle and pasta-based foods are vegan-friendly.

So, here I am, with you, to break it down and give you the answers you rightly deserve.

It’s time to learn about noodles!

A vast majority of packaged noodles are vegan, before being mixed with other ingredients, most noodles will actually be vegan and have no animal products or by-products in them.

However, in some noodles, you may see the egg as an ingredient, these are the only ones you will need to avoid. That being said, most pasta and noodles will not contain any animal-derived ingredients. Which makes most noodles vegan-friendly!

What Noodles Are Not Vegan? 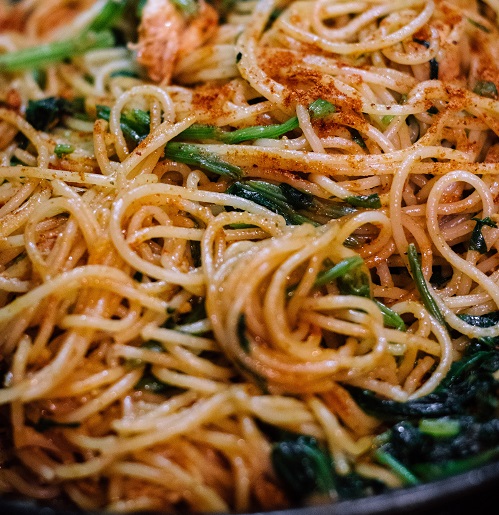 If there are egg yolks or egg white used in the process of making the noodles dough, then the noodles will not be vegan. As well as eggs,  there are some brands of pasta in which you may find other dairy products like milk powder, butter, milk, and even whey protein.

Any of these will make them un-vegan.

The most common type of Chinese noodles is chow mein noodles. Chow mein noodles are a kind of egg noodle, so obviously, thanks to the name they are quite obviously not vegan.

Chow mein can be made with dried noodles or fresh noodles, however, both types will always contain eggs.

Ramen noodles are made with oil and flour. There are usually a few additional ingredients with things such as potato starch, salt, and so on. But that is just about it. All the ingredients are 100% vegan and 100% vegetarian as well.

This means that ramen is awesome for vegans, and there are usually plenty of options for vegans. If you have a hankering for noodles then Ramen is a good shout. 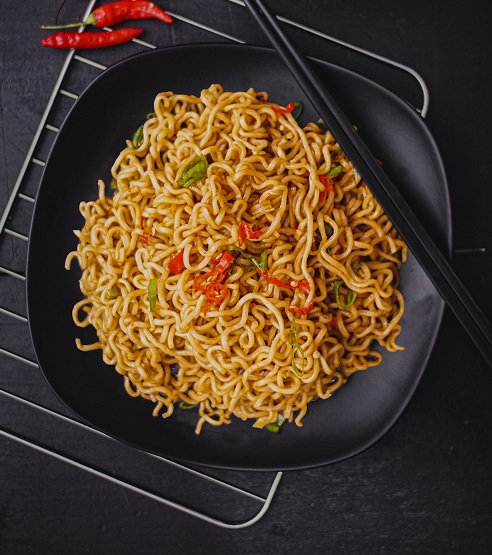 Rice noodles are also typically vegan. This is due to them being made with very basic ingredients. They are usually plant-based and typically there is nothing added to them, especially if they are a packaged version of rice noodles.

There is little to stop it from being vegan, however, it is always best to check the packaging to be sure.

A majority of packaged pasta, including spaghetti, is usually vegan. So if you shop at the superstore then you know that any packaged pasta will be vegan. Always check the ingredients list on the package to be certain that it is vegan.

However, you may see eggs in the ingredients list, although this is not very common. Most pasta will be vegan. 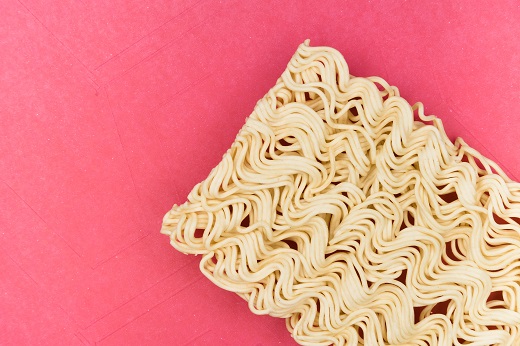 Instant noodles are made just like ramen noodles, they are just made with flour and oil. They rarely have extra ingredients. However, if they are flavored then they may have additional ingredients.
So, watch out for non-vegan ingredients!

What Noodles Are Vegan In The UK?

One of the best places to get noodles in the UK is Asda.

At Asda in the UK, there are multiple different options, as there are at Tesco, Iceland, and so on.

There are plenty of brands that will have vegan options; naked noodles, super noodles, and even pot noodles have vegan versions. Just always make sure to check the packaging.

What Are Vegan Noodles Made Of?

If you decide to make your own vegan noodles then you would need only a few ingredients.

There is very little that you need to make vegan noodles just delicious.

Want to learn more about vegan noodles? Don’t worry I have all the answers for you!

Egg noodles will never and can never be vegan because they will always contain eggs. You can never have these noodles if you are vegan.

Udon noodles are vegan-friendly as they are only made from water and wheat flour. These noodles are one of the only types of noodles that do not contain any egg.

Maruchan ramen noodles will also be vegan, however, you can only have these on their own. Every soup base flavor will contain one or multiple animal-based ingredients. It will usually be dairy or meat-based in most cases. are

Doba noodles are usually suitable for vegans as they use few ingredients which are typically plant-based. 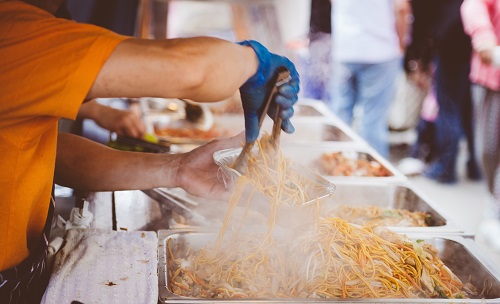 Chow mein noodles are a type of egg noodle, so they are not vegan.

Yakisoba noodles are usually vegan, they do not contain any eggs. They are made with flour, kansui, and water.

Samyang noodles are not vegan as they contain actual chicken flavoring.

Panda Express white and brown rice are vegan, their chow mein noodles are also vegan, but do share a wok.

Mama noodles are not vegan, they all contain cream powder.

Vermicelli noodles are made with ground rice and so are vegan.

Ramen noodles are vegan, but the chicken flavoring makes them not vegan. Check ingredients before eating!

Only made with water and sweet potato starch, japchae noodles are vegan.

Dan dan noodles are not traditionally vegan, however, they can be made vegan. Watch out for pork in their ingredients.

Summary: Most Noodles Are Vegan! 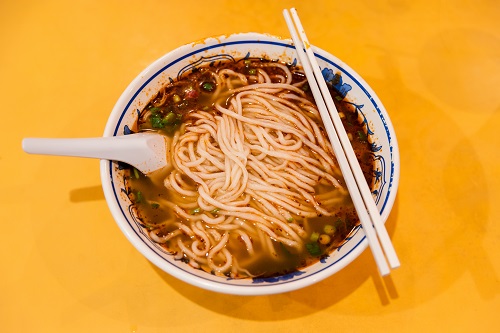 Overall, good news! The majority of noodles will be vegan-friendly. However, as always, read the ingredients list, and if anything looks suspicious – just put the package back.

Vegan Noodle Recipes You Have To Try:

Follow Elena
Latest posts by Elena (see all)
1 September 2022
0
Is Cinnamon Toast Crunch Vegan: It Depends How Much Sugar Is In DR Pepper: All Sizes 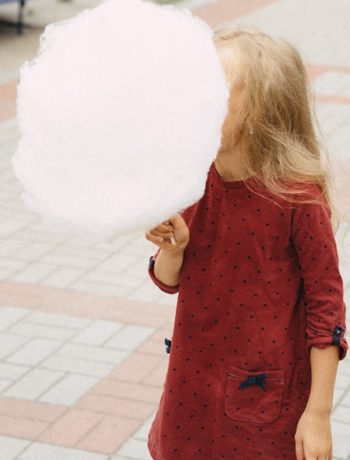 Is Cotton Candy Vegan: Yes And No 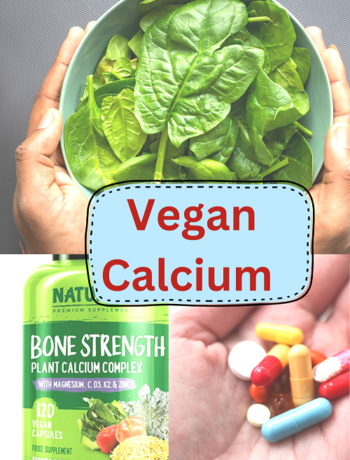 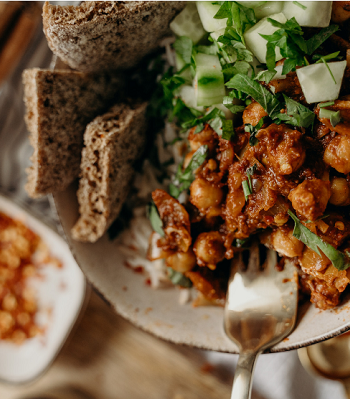