We have to admit, nothing quite beats a good old sandwich. Sandwiches are easy, filling, and oh my god, are they versatile. So many things you can put into a sandwich.

What has made sandwiches so good over the years has been deli meats, but for vegans, deli meats were the drawback. Why bother, right? For a long time, all you could have was a salad sandwich, and at that point, you may as well just have a salad.

Then, along came our saving grace, deli meats… for vegans! 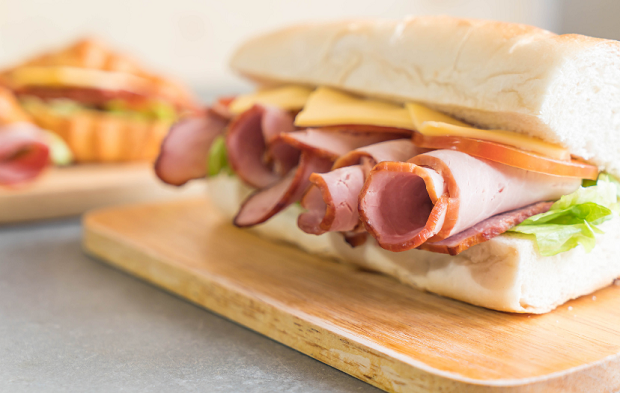 Just because you have chosen to be vegan, animal-friendly, cruelty-free, and environmentally minded does not mean you have to miss out on a killer sandwich, or on food that tastes just like meat!

Vegan deli meats are a real thing, and more and more places are starting to stock them up in their roster of deliciousness.

Interested? I thought you would be, let me tell you about them.

Veganism is taking the world by storm. Not only by the eco-friendly minded but also by those who have realized that perhaps veganism is better for their health, for weight loss.

Some people do it for environmental focus, or because they are sick of the animal abuse that goes on.

Whatever the case, veganism is bigger now, and there are countless deli meat brands out there for vegans. I would talk you through all of them if I had the time, but time is of the essence, and instead, I will introduce you to the best ones you could hope for.

Here I have picked out my favorite 5 deli meat brands. Give them all a try and tell me what you think! 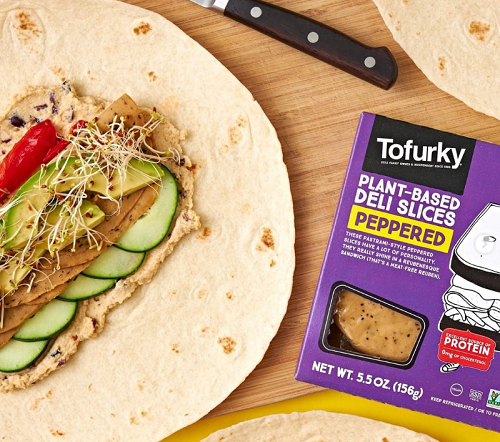 Tofurky is a trademark of the Oregon food company Turtle Island Foods.

Tofurky is a series of vegan alternative foods to turkey. Its name is just a merging of the two things that make it tofu and turkey. Tofu is the ingredient and turkey is what it is meant to mimic. Simple but delightful.

They offer a range of deli slices in many flavors such as:

They are kosher verified, and non-GMO as well as vegan. With 0% cholesterol and very low in saturated fats. 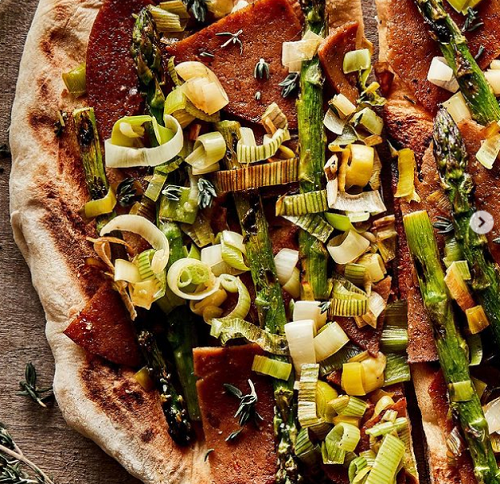 Field Roasts are not quite Tofurky-level epic, but they are close. They are an artisan vegan meat and cheese business, so they are ideal if you want something a little different.

Not only are they packed with nutrition, but they are also verified non-GMO and they have 0% cholesterol in them and 0 trans fats too!

Oh, and they only have a single gram of sugar per serving! Stay healthy!

One more thing I love about them is how they are carbon-neutral, so they are putting in their part to reduce the carbon footprint on our planet! 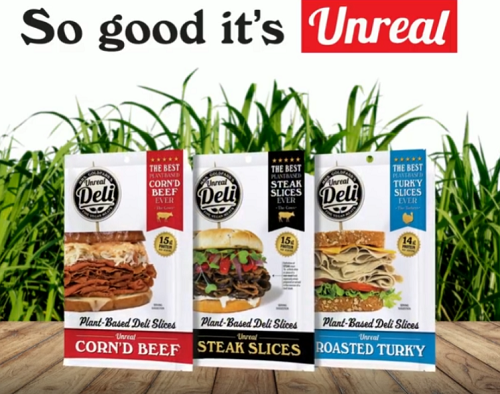 Deli meats have come a long way for vegans in the last decade or two, and most are filled with flavor.

If you have had some rather bland, foul-tasting deli meats, then Mrs. Goldfarbs is there to make up for the failings of others.

This deli meat is so rich in flavor, protein, nutrition, and vitamins you will feel ready to lift a car off a baby after trying them. It is also nitrate and cholesterol-free, kosher, and low in carbs and fat!

Try it in 2 flavors! 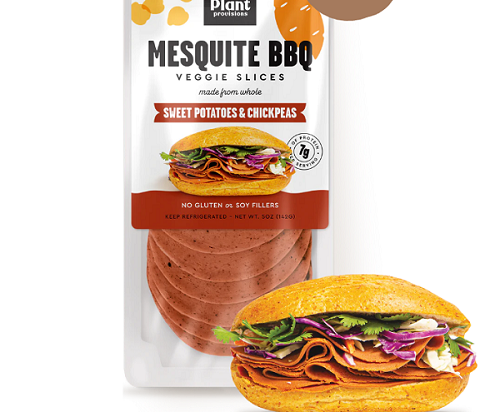 This company is not quite as big as the others, but they are great with soy-free vegan deli slices with non-GMO ingredients.

These are ideal for those who have allergies or who are super enthusiastic about a healthy diet. They are probably the newest of my vegan deli meat roster here, so they are not highly available, but if you get your hands on them, let me know what you think!

Here are their flavors:

Finally, we have Lightlife. This is a more tired-and-tested option than something new. They have been working with plant-based foods for 40 years! So, they know what they’re doing.

They have 3 deli meat vegan varieties, which have no cholesterol, and little to no saturated fats. And never more than 100 calories per serving.

As we have seen above, there are plenty of vegan deli meats available, with many brands and each with 3 or more deli meats to choose from. All of these are non-GMO, plant-based, kosher deli meats that will fill your sandwich and your stomach.

Are There Vegan Cold Cuts?

Yes, there are. Lightlife is one of the brands that offer three options of cold cuts. ‘Ham’, ‘Turkey’, and ‘bologna’ flavored options.

There is plenty to choose from if you want vegan cold cuts.

Vegan deli meats are healthy, much healthier than their meat-based counterparts.

They are often GMO-free, high in nutrients and vitamins, and often they will have little to no saturated fats as well. They are a good course of iron, fiber, and folate as well.

What Is Vegan Deli Meat Made Of? 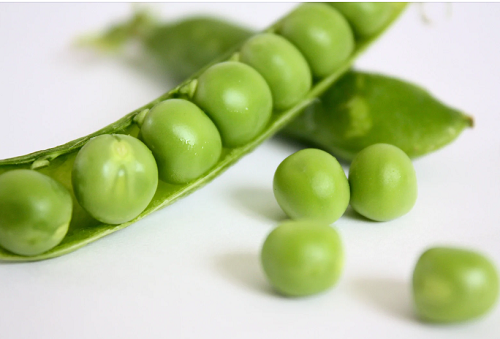 Each vegan deli meat will have its own recipe, but most will include the following ingredients:

The ingredients may differ for eating deli meat, however, these are often included in vegan deli meats.

Is There Vegan Pepperoni?

Can You Get Vegan Bacon?

Why of course you can! Vegan bacon is delicious, and in many ways, it totally surpasses the meat version. In fact, I would probably say that if someone doesn’t like pork bacon, they may well love vegan bacon!

It is smokey, perfect in texture, and also, made from seitan!

Want to try your hand at making your own deli meat? Here’s how to do it! 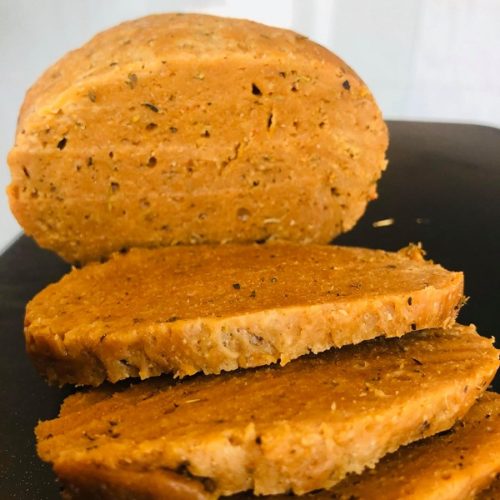 Elena
This Easy Vegan 'Beef' Seitan is perfect if you are missing meat as a Vegan. It's really easy to make, and will fill you with all that Protein Vegans can't seem to get....( Just kidding )
Print Recipe Pin Recipe
Prep Time 10 mins
Cook Time 1 hr
Total Time 1 hr 10 mins
Course Main Course, Side Dish
Servings 8
Calories 161 kcal

Is There Vegan Bologna?

Of course, there is, you can get vegan bologna from producers such as Yes, who make authentic vegan bologna, or you could try LightLife’s own vegan bologna, which is very healthy, low in cholesterol, fats, and calories with high protein!

What Is Tofurky Deli Slices Made Of? 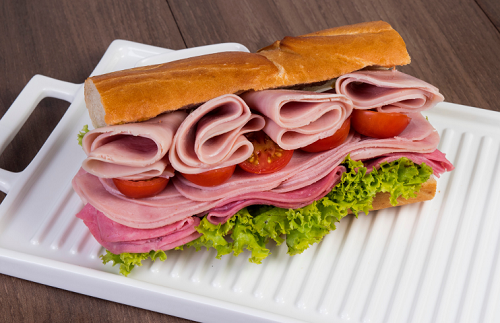 Tofurky Deli Slices ham flavor has an ingredients list that is made of:

There are plenty of vegan deli meat options! More and more vegan meat options appear on the market, so watch the space! 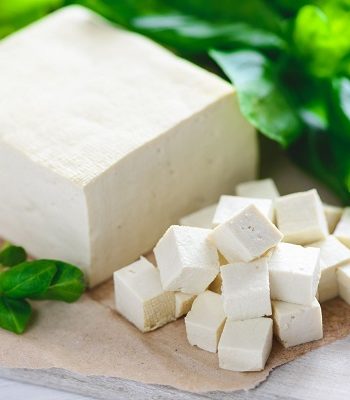 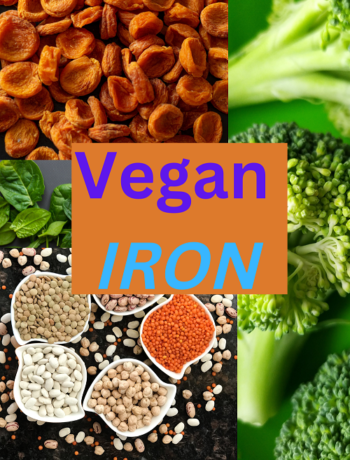 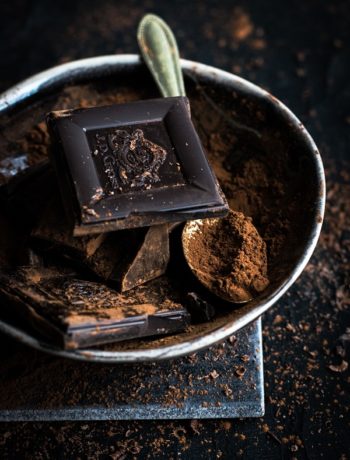 Is Dark Chocolate Vegan? Everything You Need To Know