You could make your own vegan frosting for sure, but when you are in a rush or do not have the time to go the extra to make a cake, it can get pretty frustrating having to make your own just because you are vegan.

Surely, someone must provide vegan frosting, right? You would think so! Well, let’s look into it together then shall we? 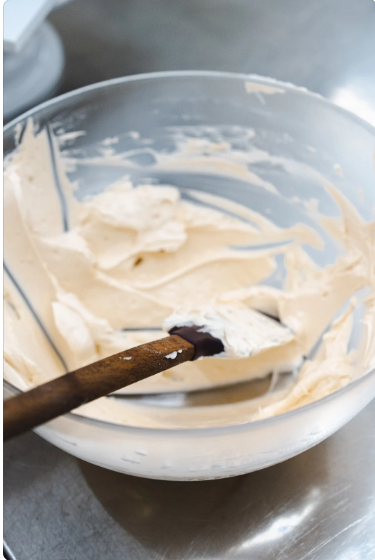 Frosting does include dairy for the most part, and even most homemade frostings are made using butter. So, the most frosting will not be vegan. The issue with so many packaged frostings is that while sometimes most of the frosting will be vegan, there will be toppings that are not.

This makes it extra difficult to know. Also, many proclaimed ‘vegan’ frostings will be made in factories with dairy products, which makes their veganism debatable.

Is There A Vegan Frosting Without Palm Oil?

Most vegan frosting brands include palm oil, and many vegans these days are against palm oil due to the environmental effects of growing it. There are some vegan frostings that do not contain palm oil, but not many.

There is Miyoko’s butter-like spread. In fact, the best option we have found is miyoko’s creamery.

You can get oat milk butter from Miyokos which is palm oil-free, kosher, vegan, soy-free, and gluten-free all at once! 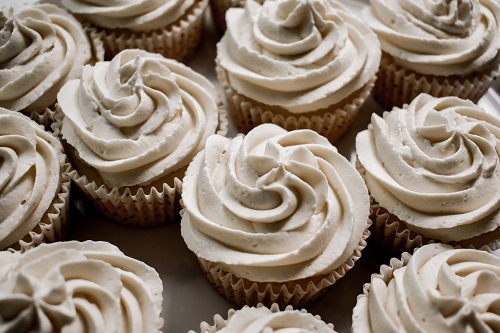 Now, if we want to look at dairy-free frosting brands there are some. Here are some common ones.

Now, there is a problem afoot. You see, Pillsbury and Duncan Hines are some big brands. Both of these brands had mono and diglycerides. Both of these things can be plant-based, but generally, they are sourced from animal products.

The companies have not stated which they are from, however, so this does cause a few problems for us. Because, how can we feel secure in eating this when we do not know what these are from?

There is also Pillsbury, now they do sell vegan options, however, their Funfetti option is… technically, vegan. The frosting anyway. However, the sprinkles on top of the frosting are not vegan.

Always be careful of toppings readily added onto frostings! Keep an eye out for ‘confectioners glaze’ on product listings, this is made from bug secretions. It may sound a bit far-fetched but it is made using shellac, which you will find in many sweet treats. Shellac is basically just beetle juice. 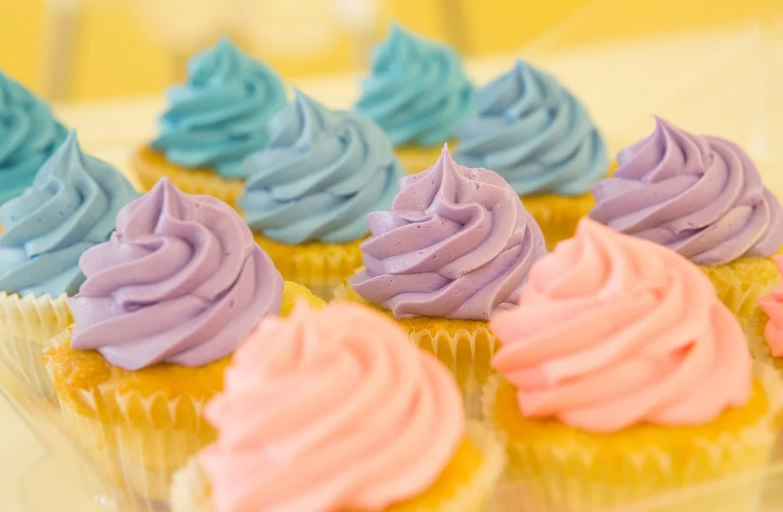 While we are keeping in mind that some big brands may not be vegan, even though they state they are, we will look at cream cheese frostings.

When I say you need to keep the big brands in mind, we mean this because Duncan Hines is noted for being ‘vegan’ cream cheese frosting but due to the scale of the brand and no disclosure around some ingredients, it is best to approach with an air of caution.

That being said, I do know of one place you can definitely get vegan cream cheese.

Miyoko’s does a wide array of vegan replacements for typically dairy-heavy foods. This includes cream cheese. Now while it is not a cream cheese frosting, this is a good replacement for it, especially if you use their everything flavor or their cinnamon raisin one. Yum! 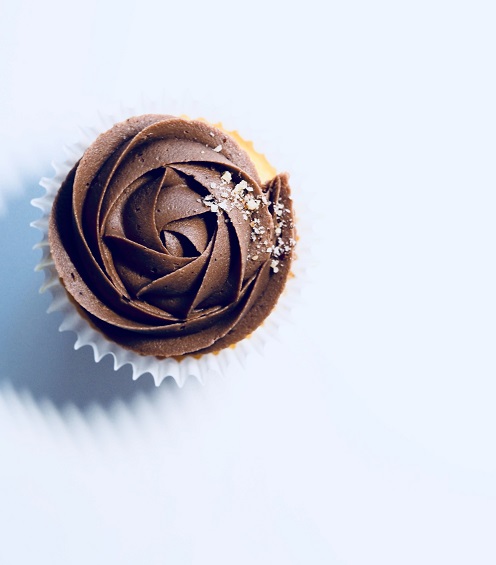 It does state that it may contain milk ingredients as well, so this is not vegan.

The Duncan Hines chocolate frosting (not the milk chocolate one) may be vegan. However, it does contain that pesky mono and diglycerides, which we do not know wherein they were sourced.

Most of Pillsbury frosting is vegan. However, almost all the Funfetti frosting flavors are not vegan due to that good old beetle juice, aka. Shellac.

Some of the Betty Crocker frostings are vegan. However, this only includes their classic coffee and indulgent chocolate fudge. Do keep your eyes out though as some products may contain a very small amount of milk.

A lot of Duncan Hines icing is considered to be vegan. However, do note that they do not list if their mono and diglycerides are animal or plant-based. 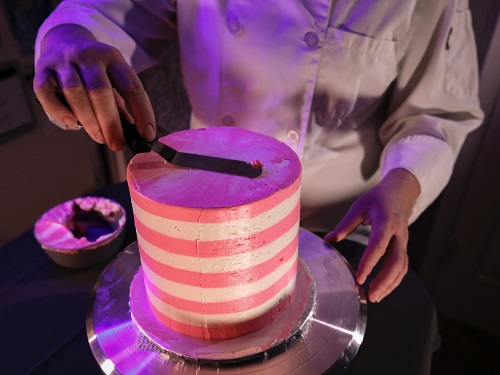 Overall, if you are keen on getting yourself a tub of vegan frosting, there are brands out there that have vegan-friendly frostings.
The only issue may be finding vegan-friendly chocolate frostings. So, make sure you read the ingredients carefully on all potential frostings you are willing to pick up. 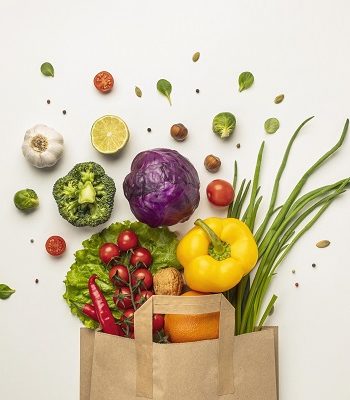 Vegan Diet On A Budget: A Complete Guide 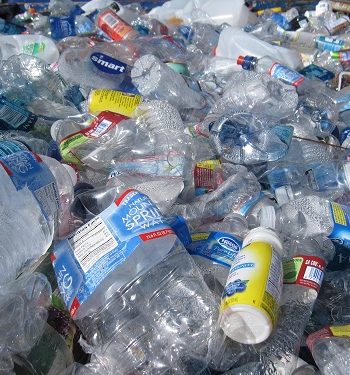 Is Plastic Vegan: Everything You Need To Know 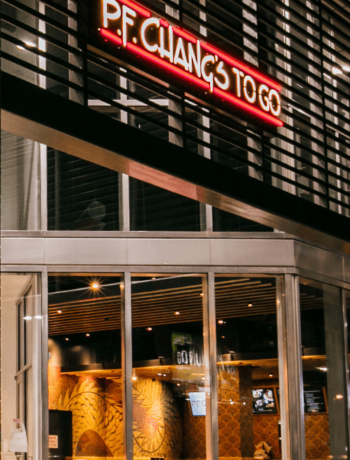