How to Cook with Peppers 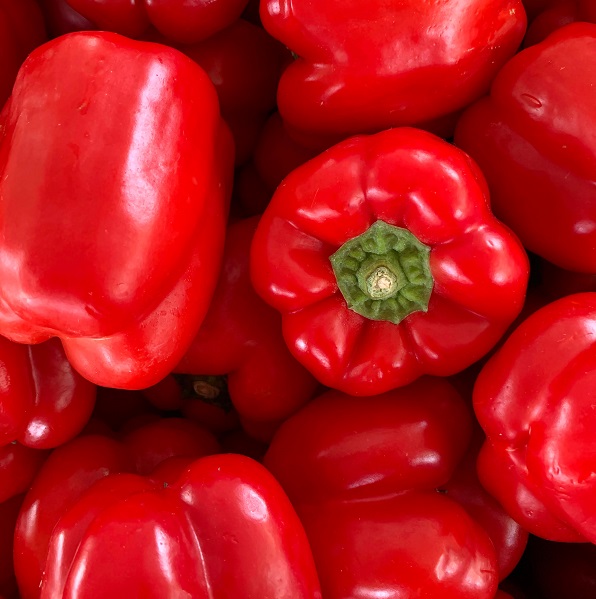 Peppers are one of the most popular ingredients, especially in the vegan community. They are super versatile and, of course, delicious! But, for some people, thinking of different ways to cook with peppers can pose a challenge.

But don’t panic – I’ve got you covered. In this article, we’ll explore a few different ways how to cook with peppers. No matter what your culinary preferences are, you’ll find something amazing to make here. We’ll also look at different types of peppers and how to use them in the kitchen.

Before we start looking at some of the delicious dishes that you can create using peppers, let’s take a look at what types of peppers there are. From those that have a zero rating on the Scoville scale, to those that should only ever be attempted by real fire-eaters, there’s a pepper for everyone!

Arguably the most famous of all the pepper varieties, bell peppers are a popular addition to dishes from all over the world. They have no spicy punch to them whatsoever, so they’re ideal for anybody with a milder flavor pallet. They’re also packed with vitamins including Vitamin C, Vitamin B6, and Folate. So, not only are they delicious – they’re super healthy! 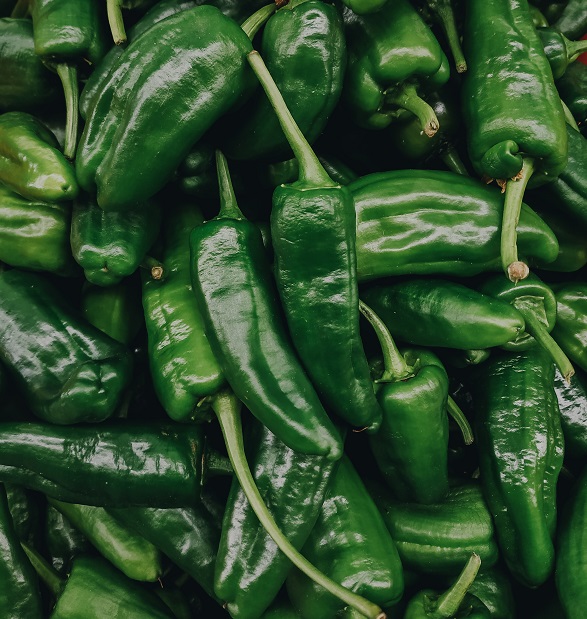 Perfect for adding to sauces or scattering as a garnish atop nachos or burritos. 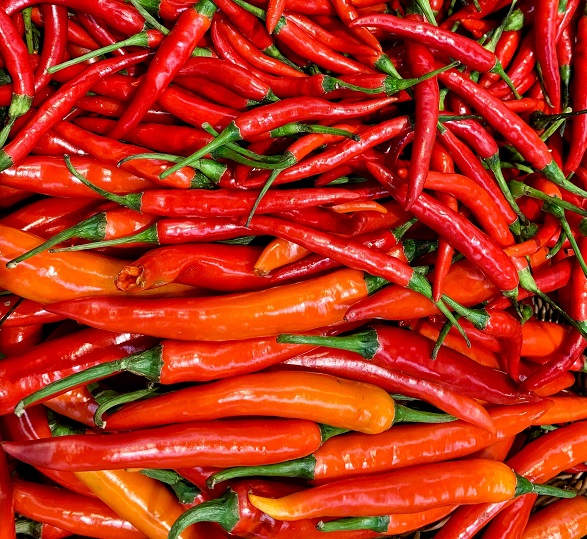 If you’re looking to kick things up a level in terms of heat, then cayenne peppers are a great place to start.

Coming in at 30,000 – 50,000 on the Scoville scale, they pack a real punch and are commonly used in spicier dishes such as chili con carne.

They can also be ground down into powdered spice, and this is the form that you’ll most likely find when visiting your grocery store. 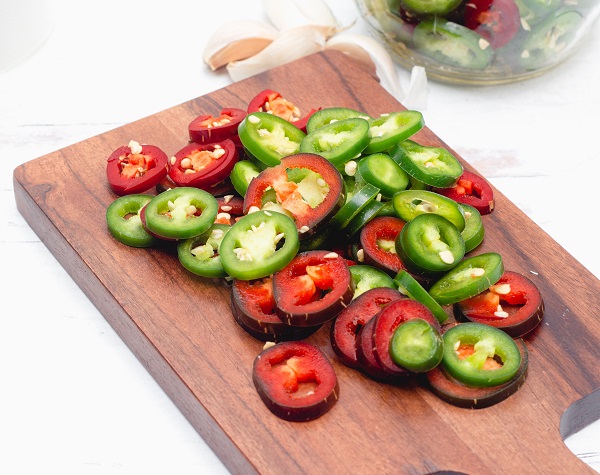 Another of the world’s best-known peppers, Jalapenos aren’t nearly as spicy as the cayenne pepper and rank at 3,500 – 8,000 on the Scoville scale.

This type of pepper is most commonly used in salsas and sauces, although you may find it scattered across the top of some Mexican dishes as a garnish. 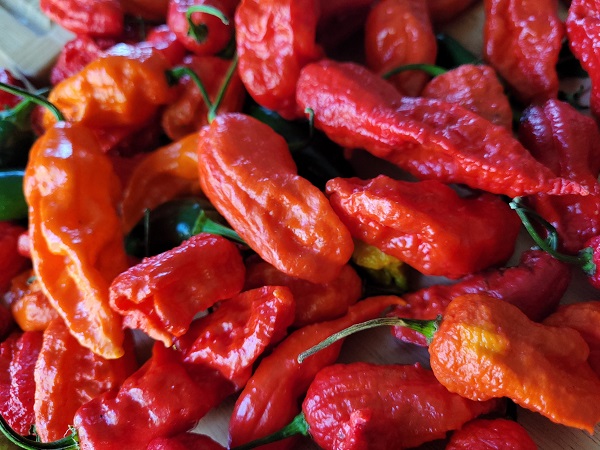 The final pepper on this list is the notorious ghost pepper! This is one of the hottest peppers in the world and is 100 times hotter than the jalapeno pepper.

This is one you need to be brave to attempt, and certainly not one that I would recommend adding to many dishes.

They are best placed in certain chutneys and spicier curries, but even then I would urge you to exercise caution when adding these into your dish!

How Do You Cook With Peppers? 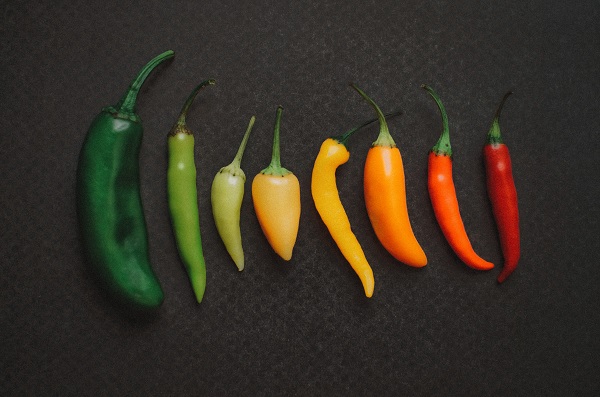 Peppers, particularly bell peppers can be added to many many dishes. Peppers add crunch when added fresh to salads, when roasted, they add a strong peppery flavor. However, when they are roasted, they miss the texture, they become very soft. So it’s always nice to balance that with other textures, I like to add nuts, especially walnuts to my roasted pepper salad.

Another classic way to use peppers is to just make a pepper and tomato soup! Nothing beats a creamy peppery soup with some crusty bread.

Now, it’s time for heat! When you are cooking with spicier pepper varieties, obviously you will need to consider the heat.

You can slice up spicy peppers and use them as a garnish for your noodles, sticky tofu, ramens, and salads.

Another quick and easy way to use peppers, especially spicy peppers like jalapenos, is to pickle them! Slice them up and use a homemade pickle juice, marinate them for a day or two, and they are ready to be used for any occasion! 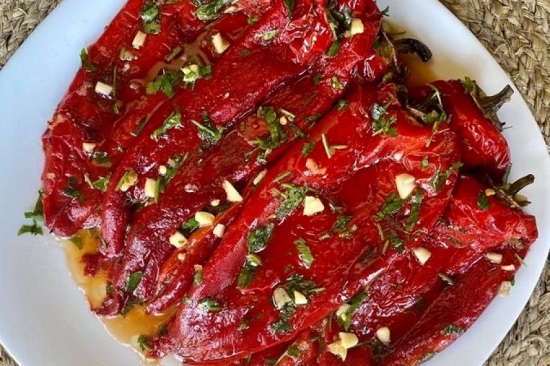 Now that we’ve explored some of the most well-known peppers, let’s take a look at some of the best vegan pepper recipes. Each of these ranks is slightly different in terms of spiciness, but they all have one thing in common – they are essential to your plant-based menu rotation!

We all know how versatile tofu is, and in this Chinese meal, it does a fantastic job of replacing the chicken that Kung Pao is usually made with. Of course, you’re not here for the tofu, though! The pepper is the main ingredient you want to know about, and this dish uses two bell peppers (one green and one red), and spicy pepper flakes.

The addition of these pepper flakes makes it pretty spicy. But, if you’re not a fan of heat, then you’ll be pleased to learn that they aren’t essential to your dish. You can reduce the number for a milder kick or, if you prefer, simply leave them out altogether. 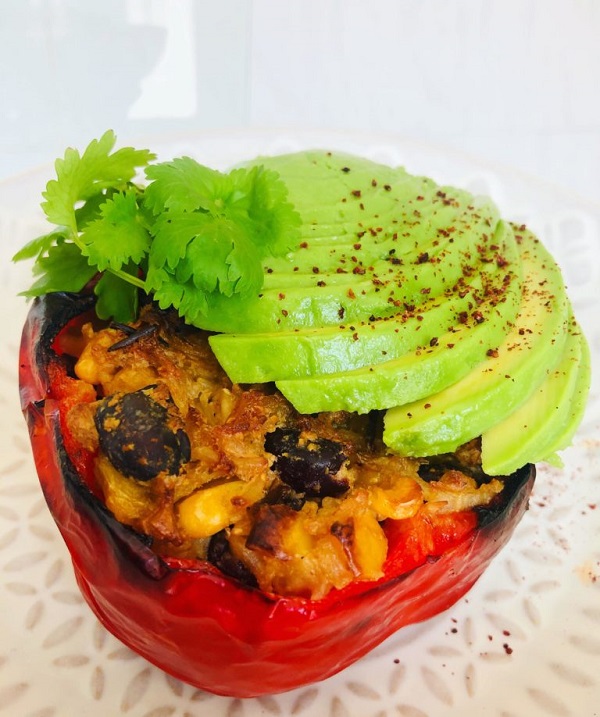 Peppers don’t have to be just an addition to your meal – sometimes they can be the main star! Simply slice one bell pepper from the top (your choice of color – there are no hard and fast rules with this one), and fill each half with a mixture of delicious, vegan goodies including kidney beans, vegan ground meat, and green onions.

There aren’t many people who don’t love a jalapeno popper. But, unfortunately, the vegan alternatives to this spicy side dish are often a little lackluster. Thanks to this recipe, though, you can inject a little heat and flavor back into your next Mexican-themed night without sacrificing anything in terms of flavor or texture.

They’re also incredibly easy to make, which is one of my favorite things about them. It takes less than 30 minutes to make these, preparation time included! And, since you’ll be using Jalapeno peppers, they aren’t ridiculously spicy which means that everyone will be able to enjoy them – even those with less of a tolerance for hotter dishes.

This recipe is both vegan and gluten-free, giving that extra kick of healthiness and making it perfect for anybody that suffers from gluten intolerance or allergies. While this technically isn’t a meal in itself, it does make a delicious side dish to almost anything. 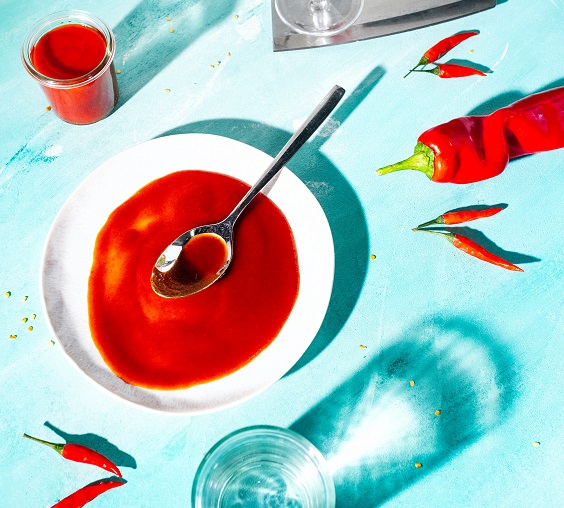 Feeling brave? This recipe for fermented hot sauce features spicy peppers. Needless to say, this isn’t one for those that can’t take the heat, but it’s a great one if you’ve got a penchant for the hotter things in life! As with the above recipe, this isn’t a meal in itself, but it’s a great addition to your homemade condiment collection. Be warned, though – more than a couple of drops of this fill your mouth with fire, so proceed with caution!

There you have it – everything you need to know about cooking with peppers. As you can see, they’re a super versatile ingredient that you can add to almost any recipe. Even better, they can be the star of the show or a simple side dish. Either way, one thing is for sure – they’ll make themselves known in flavor, texture, and heat!

P.S I would like to thank Michael from https://professorcocktail.com/ for writing this piece for me! 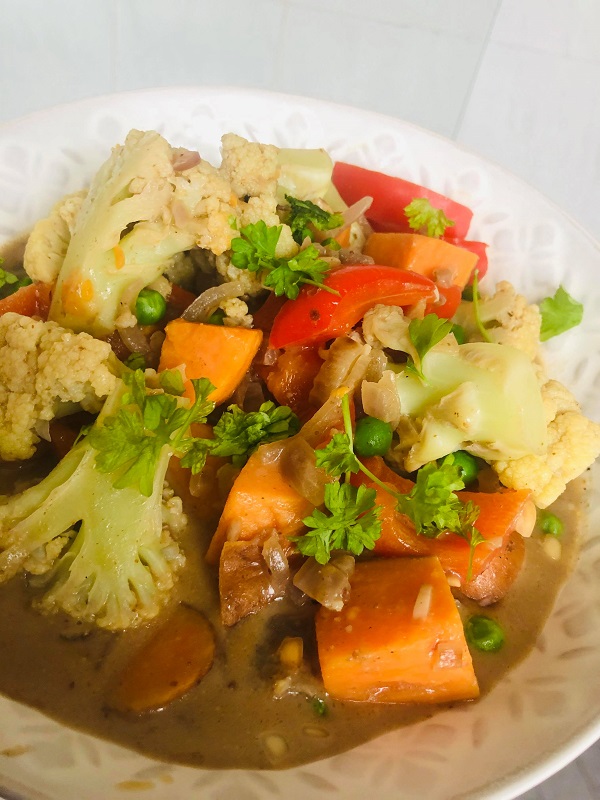 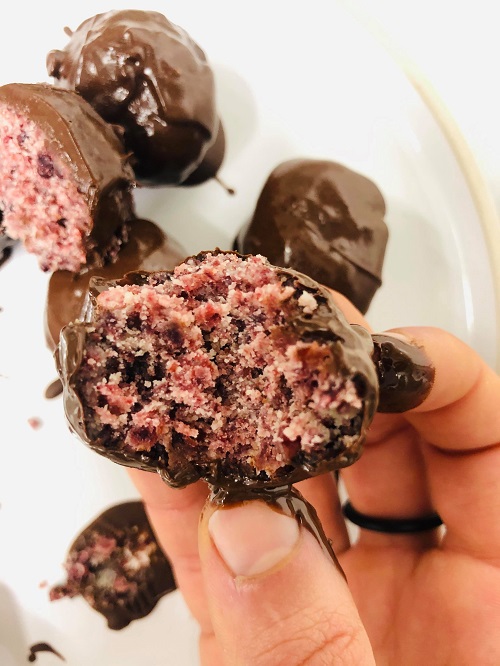 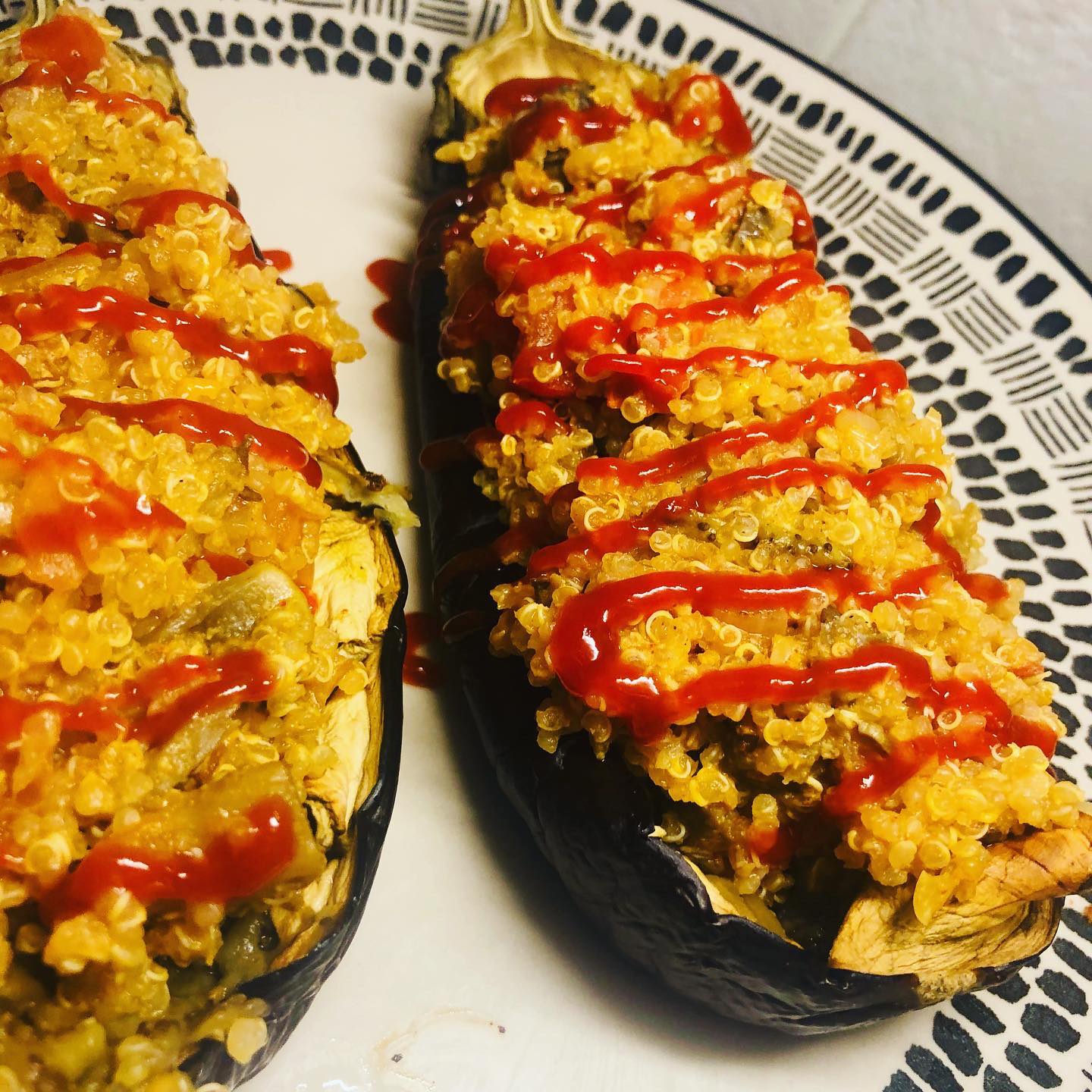