Is Quorn Healthy: The Truth Behind Meatless Meat

If you have the aim of reducing the amount of meat that you consume on a daily basis, or if you fancy a vegan diet, you might fancy turning to some meat-free alternatives. This is one way of doing it.

If you do this, you still get to enjoy some of the foods you have had before, but just plant-based instead. However, the question has started to come up, if Quorn is actually good for you, healthy, or even safe at all?

As a vegan, I have had the occasional vegan range Quorn product, it makes life easy on busy days, and it is not half bad by taste. But, like everyone, I want to make sure what I am putting in my body is actually good for me.

So… Is Quorn actually good for you?

Join me, as I tell you all about Quorn! 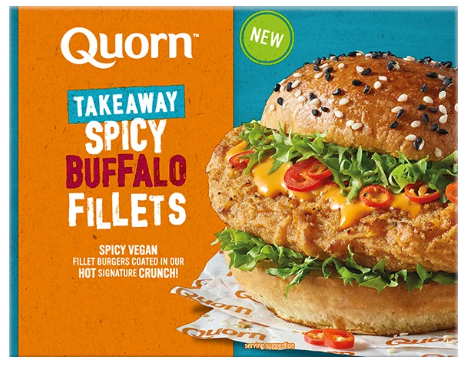 So, what is Quorn? Well, it is a protein… made out of fungus (ew, right?). This protein is known as mycoprotein, and it comes from fusarium venenatum, a fungus that is essentially just a type of mold.

Some people think it’s a mushroom… It isn’t, it’s mold.

In order to grow this, the makers of Quorn will use the fermentation process, similar to the one used to make bread, yogurt, and beer. It is eco-friendly as it uses less water than producing animal proteins, a whopping 90% less!

While all Quorn products are vegetarian, not all are vegan, although a new vegan range did recently come out, and eventually they are rumored to want to make their whole range vegan.

It can be bought as a fillet, a mince, and so on. There are over 100 products for you to choose from, and you can even buy ready-made Quorn dinners, or just make your own Quorn-based meal from scratch.

Quorn is generally considered to be healthy due to its low saturated fat count, high protein count, and a lot of fiber.

But! If you are buying ready-made Quorn meals, always check the labels to ensure that the nutritional value it is offering you is actually what you want. The brand does aim for a green and amber on the UK nutrition system, but they do still have some ready-meals in the red zone!

If you are buying plain Quorn, this is not such a worry as it is mostly fungus, although the non-vegan range does often have eggs in it to bind it.

Quorn mince will have some caramelized sugar, but it’s not too bad with only 0.6 grams per 100 grams. It could be worse!

If you want protein, it does have quite a bit. Not as much as real meat, of course, but it still has a decent protein count. You can find about 14 grams per 100 grams of Quorn in their plain Quorn. The chicken slices will have a bit more at 16.3 grams, but Quorn meals will have less. 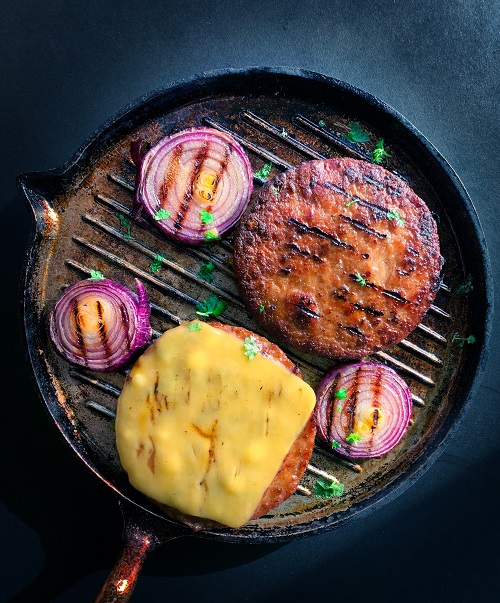 If you look at the nutritional value of Quorn it looks pretty healthy, with good protein, okay fiber, and low saturated fats, but is it really what it seems? It can’t be described as being natural, as it is processed to at least some extent.

It is highly processed, and natural foods will always be better for you, but it is a good meat substitute as it does not have the same downsides as most processed foods do. It’s low in calories and won’t light up your Cholesterol like Blackpool Illuminations!

What’s The Healthiest From Quorn’s Range?

I found a few different products which are in the healthiest section of Quorn’s product list.

They are some of my favorites:

Is Quorn Better For You Than Meat?

Quorn is healthier than some meats. This is because it does not have all the hormones and antibiotics that typical supermarket meats will contain.

It is also low in saturated fats, unlike rib-eye steak, sausages, bacon, and lamb.

However, it is very processed and is not classed as a natural product. If you eat meat and you choose Quorn every now and again you may be healthier.

It doesn’t hurt to eat Quorn every now and again, but less processed options really are better. If you eat meat but do not want to be vegetarian, organic farm-to-table meats are best for your health overall.

It is also best for the economy.

However, if you are vegetarian or vegan, there are other less-processed alternatives out there, but Quorn is a good dip into the pond of options.

Is Quorn Safe To Eat? 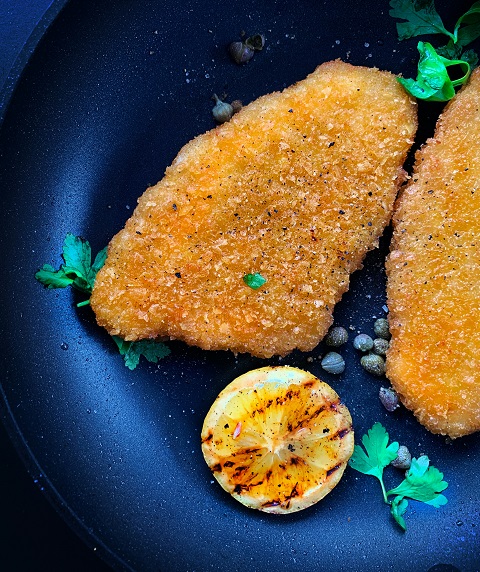 Quorn is safe to eat, but some do get an allergic reaction, or discomfort after consuming it.

Allergic reactions are rare with only 1 in 100,000 maximum getting a reaction. Quorn is less allergenic than nuts, dairy, soy, or shellfish.

They do have some allergens such as milk, wheat, and gluten in them so be careful if you have an intolerance or allergy.

Quorn: Is It Healthy & Should You Be Eating It – My Thoughts

Is Quorn safe? Yes and no. It depends on what you compare it to, and which products you eat.

It is very processed though, and while it can be healthier than some meat options, it is not necessarily better for you. Make your own call.

Quorn recently started a vegan range, however, not all their products are vegan.

Quorn is highly processed food, so it does lack some health benefits due to this.

Is Quorn Good For Weight Loss?

Quorn is low in saturated fats so can be good for weight loss, but watch the salt and sugar content on some products. 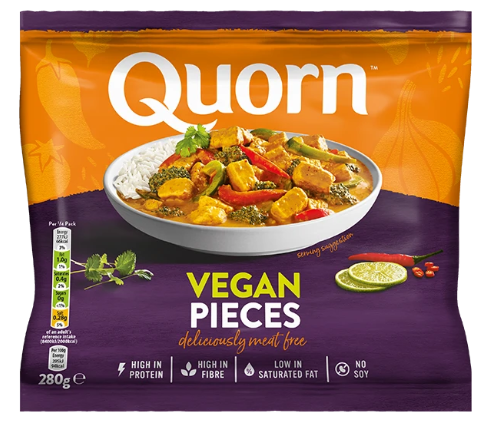 From a personal perspective, Quorn tastes really good. it’s a good range when I am craving some meat as a vegan.
However, just like many other vegan alternatives, it’s quite heavily processed, so keep it to a minimum, and try not to eat it every day!
Some people report side effects from eating Quorn such as tummy pain and on some occasions even diarrhea.
So, if you have any of those symptoms, you are better off ditching Quorn all together.

Follow Elena
Latest posts by Elena (see all)
13 October 2022
0
How To Go Vegan: The Ultimate Guide Can A Vegan Diet Harm Your Teeth? The Facts 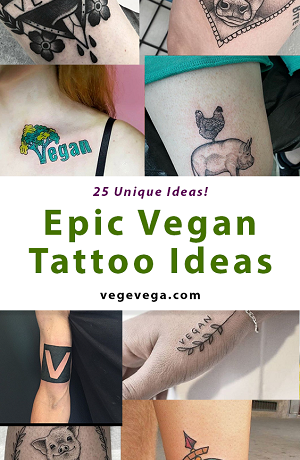 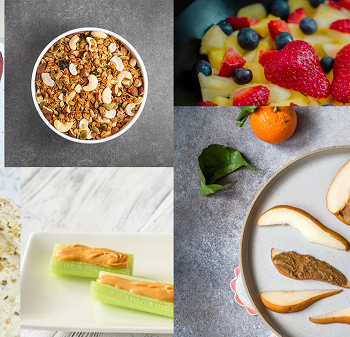 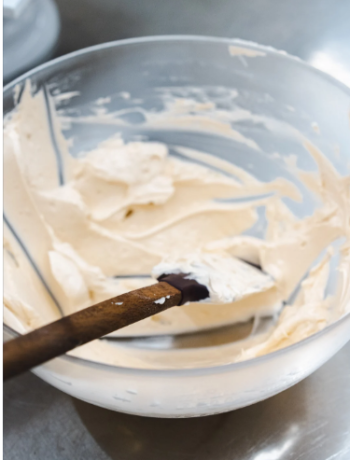 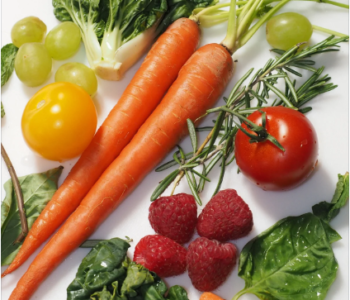 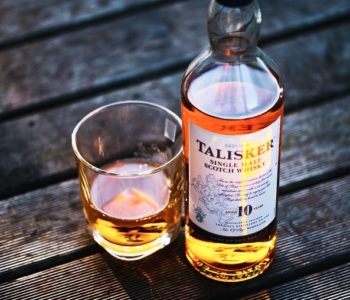 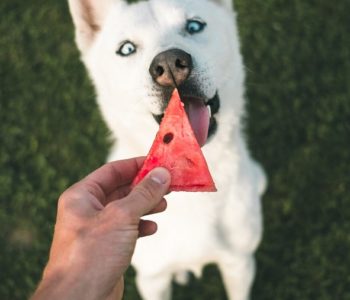