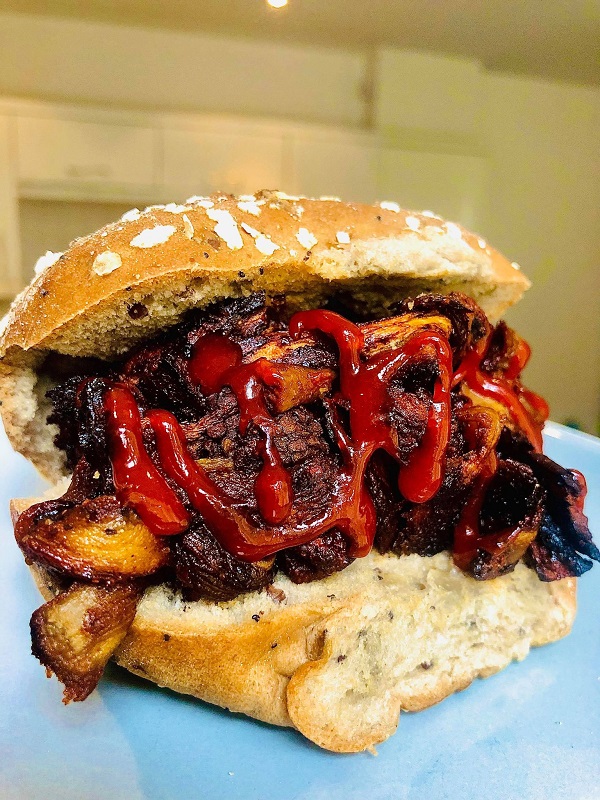 This Vegan BBQ Pulled Eggplant is incredible! It’s easy to make, it’s made out of vegetables and spiced as you would pork. Can be used as a taco filling, sandwiches, as a side – anything you fancy. It’s gluten-free too!
It’s still summer, so the BBQs in the gardens are still rolling. If you are stuck for ideas and need a creative vegan BBQ feast, you have come to the right place!

The basic idea behind a dish like this BBQ Pulled Eggplant is to take advantage of the natural eggplant texture, which allows it to be pulled into long strips, which then soaks up the lovely spices and marinade. Like any great BBQ recipe, this one also takes time. There is no need to marinade the eggplant, we just need to bake it a couple of times.

How To Make BBQ Pulled Eggplant:

Did I mention that this recipe is gluten-free, oil-free, vegan of course, and only requires a handful of cupboard ingredients? – Oh yeah, nothing fancy here!

The full detailed recipe is below, but the method is pretty simple. If you have about an hour of your time, it will totally be worth it!
It’s perfect for that Vegan BBQ you have been planning on having!
I like to stuff this BBQ pulled eggplant within buns, tacos, on top of salads, you name it. It works any way you like.

Ppst… be sure to check my version of vegan bbq pulled “pork” as well!

Anyway!
Do let me know how you found this Vegan BBQ Pulled Eggplant recipe if you do try it though! And if there was anything you tried or something that worked better…Do drop me a comment below, or you can find me/message me directly on Instagram, Pinterest, YouTube, or Facebook! I love seeing what my lovely readers think of my recipes! 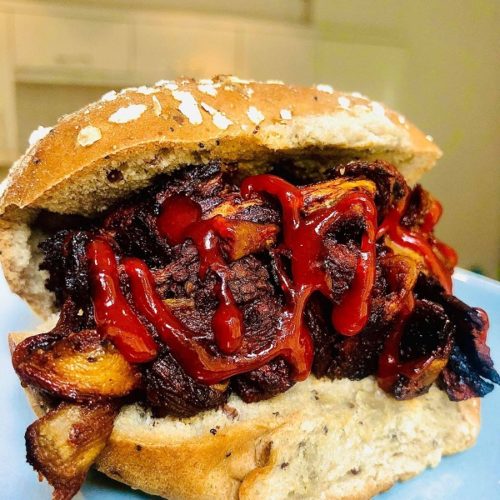 Elena
This Vegan BBQ Pulled Eggplant is incredible! It's easy to make, it's made out of vegetables and spiced like you would a pork. Can be used as taco filling, sandwiches, as side - anything you fancy. It's gluten-free too!
Print Recipe Pin Recipe
Prep Time 15 mins
Cook Time 50 mins
Total Time 1 hr 5 mins
Course Main Course
Cuisine American
Servings 2
Calories 203 kcal

Nutrition is based on pulled eggplant only, not with the desired way of serving it with. 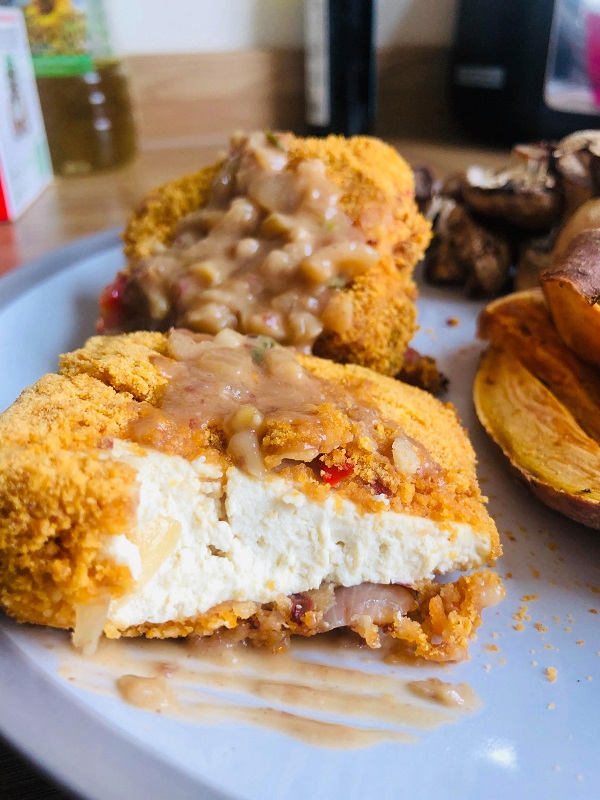 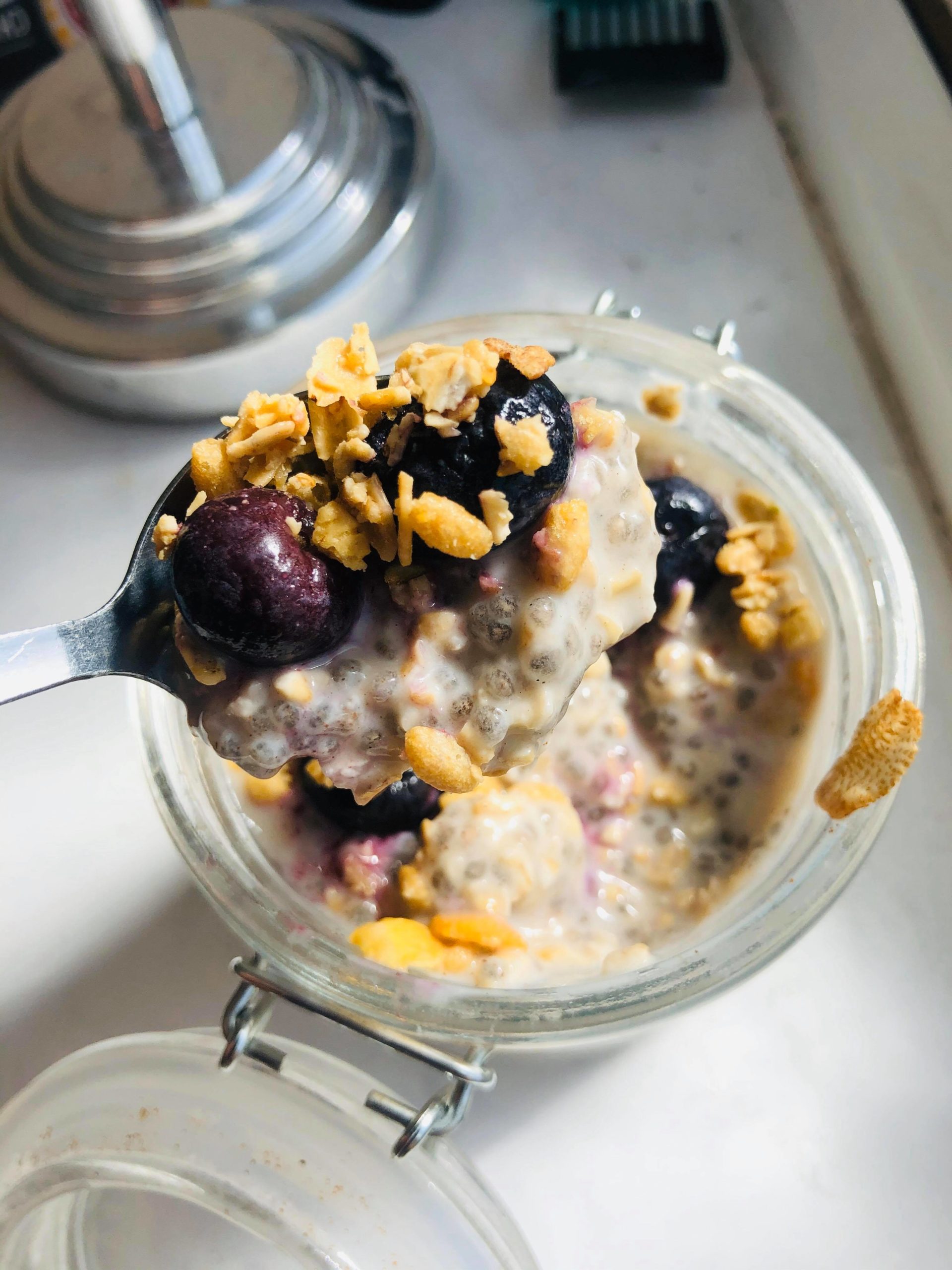 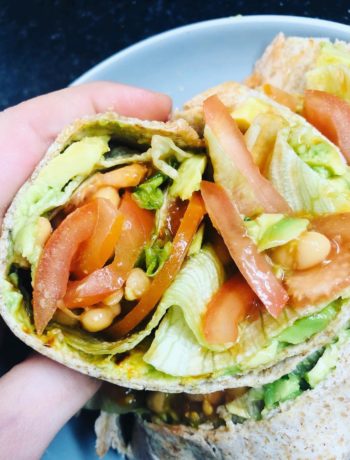