Chicken parmesan must have been one of my favorite comfort foods before I went vegan.
However,  obviously, as I turned vegan, I had to find other alternatives to satisfy my craving. You would be surprised how many amazing recipes there are, vegan versions of chicken parmesan, that taste just as comforting.

However, as with any recipe, and any traditional recipe, there would need to be some substitutions and different approaches to making the recipe just perfect.
So, before I get to the recipes, let me first share some helpful tips and info! 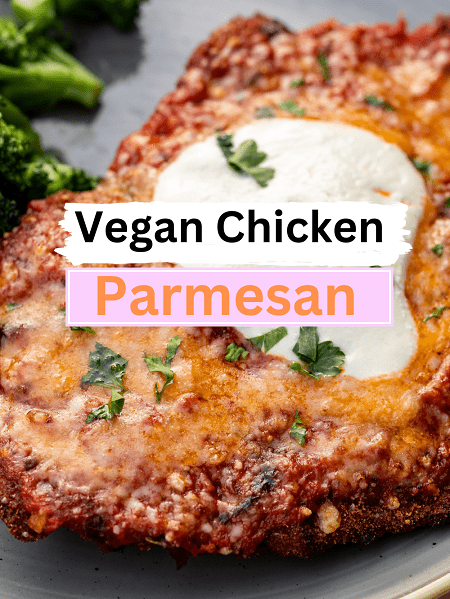 What Can I Use Instead Of Eggs For Chicken Parm?

So, what do vegans use to bind instead of eggs? If you have ever battered a chicken or made chicken parmesan before at home, you will know that it involves dipping it in egg.
So, instead of eggs, here are some replacements you can use:

These are typically the ways I would use to coat my vegan chicken fillets without the use of eggs.

How Do You Keep Chicken Parm From Getting Soggy?

We have all been there, we either made or ate a chicken parm that was not crispy at all, and was soggy.
The secret to always having a crispy chicken parm is to get your oil temperature right before frying.
The oil needs to be hot, so the moment you place the parm it crisps it straight away.

If the temperature is not hot enough, you end up boiling the parm rather than frying it, which results in a soggy parm.

Why Is My Chicken Parmesan Tough?

There are a number of reasons why your chicken parmesan can be tough. The main reason is, you may have overcooked it.
The more you cook it, the more you draw out the moisture, which makes it tough. Make sure you don’t overcook it!

Now, here’s an awesome list of some of the best Vegan Chicken Parmesan Recipes. Pick your favorite, cook it, and enjoy it!

For the chicken, tofu is used instead, which is breaded and fried. The vegan tofu parmesan is baked rather than fried, making it slightly healthier.
If you like tofu, try this recipe!

Vegan ‘chicken’ parmesan…in a sandwich!! Now, this sounds delicious, doesn’t it?
The recipe asks for seitan which is high in protein and has a very meaty texture and a mix of vegan parmesan and mozzarella is used to create that cheesy goodness!

So, this recipe is quite creative, because it uses a more natural protein, which is the beans.
Patties are made out of the white beans with some other ingredients, then treated the same way to make ‘chicken’ parmesan.
If you have a can of beans at home, you gotta make this recipe!

The recipe asks for a meaty vegan chicken substitute called Gardein Chicken Scallopini.
The recipe is pretty straightforward, and it can feed 4.

Believe it or not, this recipe only asks for 6-ingredients! Yep, six! The dish comes together in under 30 minutes.
So, for a quick and easy comforting dinner, I would say this recipe is a must!

If you don’t like any fake vegan meats, and you are also not a fan of tofu, then why not try using a vegetable instead?
Cauliflower is the star of the show here, it’s breaded and then baked to perfection with some vegan mozzarella.

Here’s another awesome variation of the chicken parmesan. This one is on a pizza. How good does that sound?
Have you ever thought of that? Definitely worth trying!

P.s it tastes just as good as it looks!

As we all know, chicken parmesan is traditionally fried, this recipe is baked instead of being fried, making it slightly healthier!
Tofu is used to substitute for chicken.

If you like crunchy and crispy, well this vegan chicken parmesan is exactly that!
It uses tofu, and a few more ingredients, and of course served on a bed of pasta!

Yes, chicken parmo is typically deep fried, or just fried in a pan with oil.

2. What Is The White Foam When Cooking Chicken?

Have you ever baked salmon in the oven, and it came out with white stuff? Well, just like the white stuff on chicken parmesan, that’s actually protein!
So, nothing to worry about.

Chicken Parmigiana isn’t the healthiest meal, as it’s often fried. Furthermore, it tends to contain quite a lot of calories.

Keyword chicken parmesan, vegan chicken, vegan comfort food
Tried this recipe?Let us know how it was! 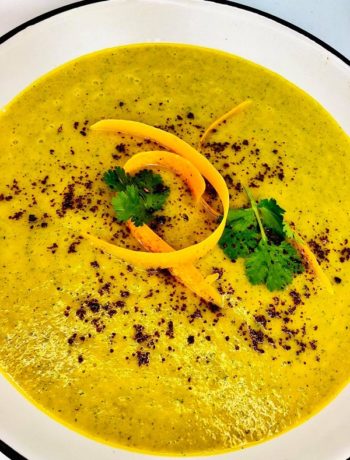 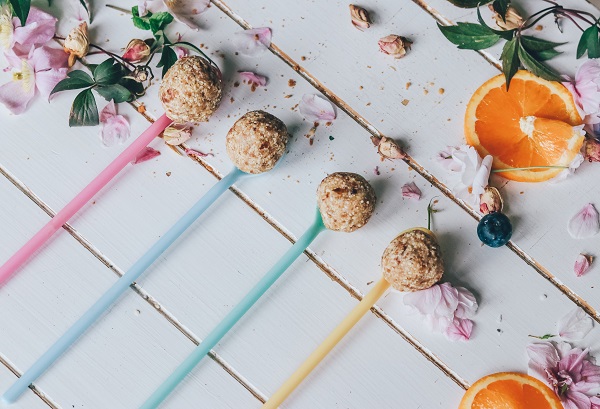 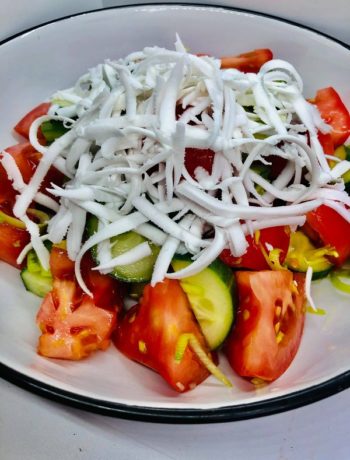