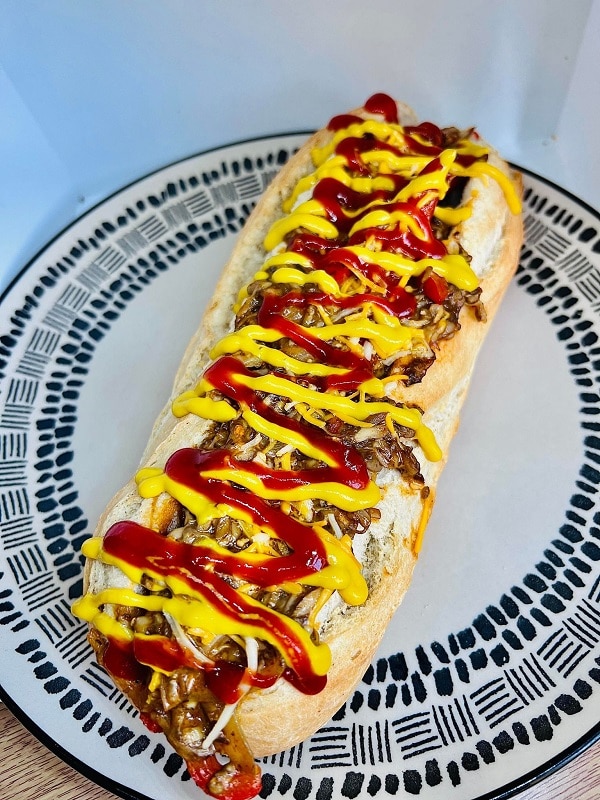 This Easy Vegan Philly Cheesesteak Stuffed Baguette is the vegans’ comfort food dream.
It’s so delicious, messy, comforting vegan goodness. Food like this makes me wanna shout to the whole world asking them “LOOK AT THIS…WHY NOT BECOME VEGAN????!”

You can have so much sexy food as a vegan, from delicious and healthy, to super-naughty delicious and junky.
I like serving this vegan Philly cheesesteak with a side of crispy chili fries, for an additional extra deliciousness and grease 😀

Lots of other recipes call for making your own seitan so you can have shredded meat or buy vegan ‘ground meats’. But, for those who know me, I am a simple, lazy cook, who likes things easier, and sometimes healthier. Hence the reason why I used mushrooms in this recipe.

However, I did leave an option below for vegan meat alternatives, as I know that a lot of people dislike mushrooms and perhaps, want extra protein to their Philly cheesesteak. The choice is yours. I chose the mushroom route, and it came out delicious nevertheless!

What Type Of Vegan Cheese To Use:

I have a favorite vegan cheese that I stick to regularly. It’s called Violife.
It melts fantastically, and it’s delicious. But by all means, use any type of cheese you prefer!

Anyway! Do let me know how you found this Easy Vegan Philly Cheesesteak Stuffed Baguette if you try it though! And if there was anything you tried or something that worked better…Do drop me a comment below, or you can find me/message me directly on Instagram, Pinterest, YouTube, or Facebook! I love seeing what my lovely readers think of my recipes! 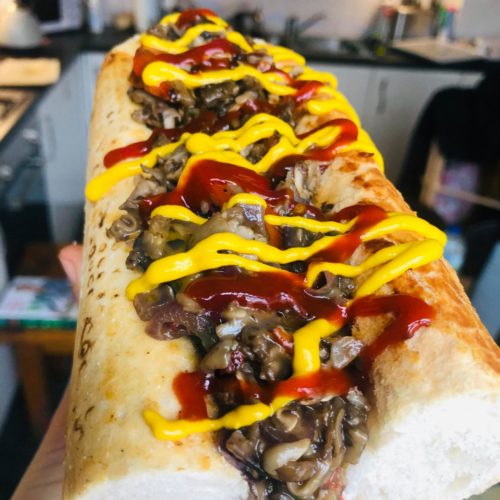 I would recommend eating the same day if you have already filled the baguette because it will get soggy. If you have leftover filling, I recommend keeping it in the fridge for up to 2 days once it's cooled. The nutritional values above are based if the recipe is done using mushrooms instead of vegan 'ground meat' 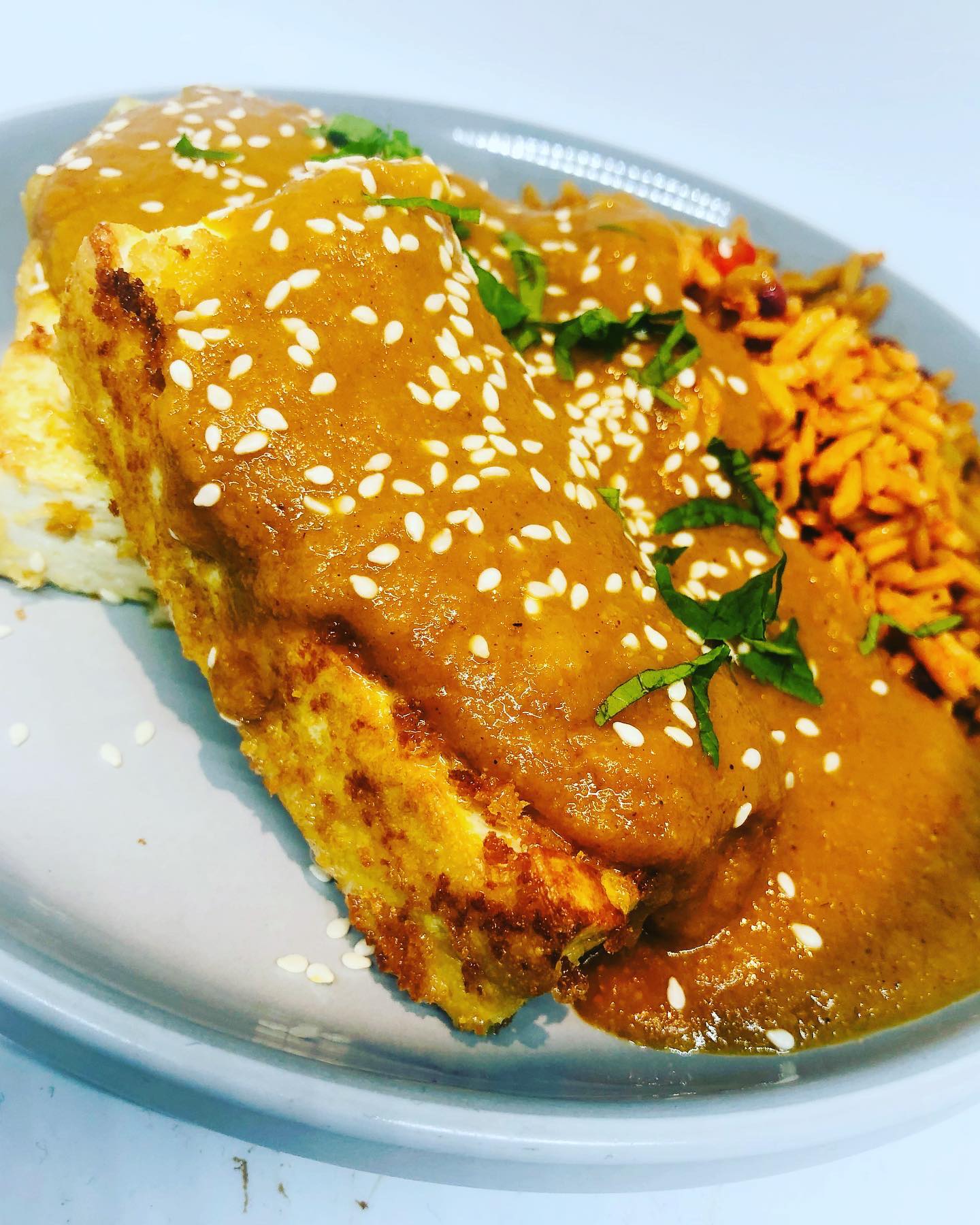 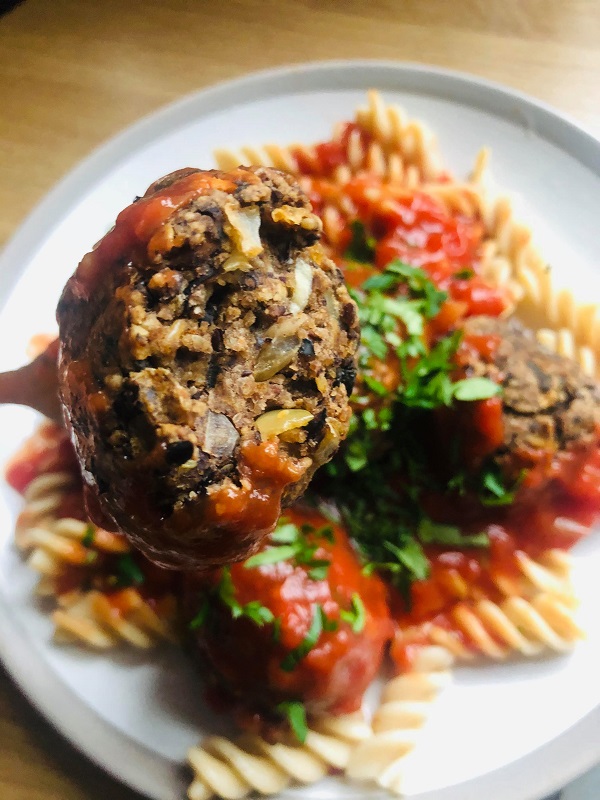 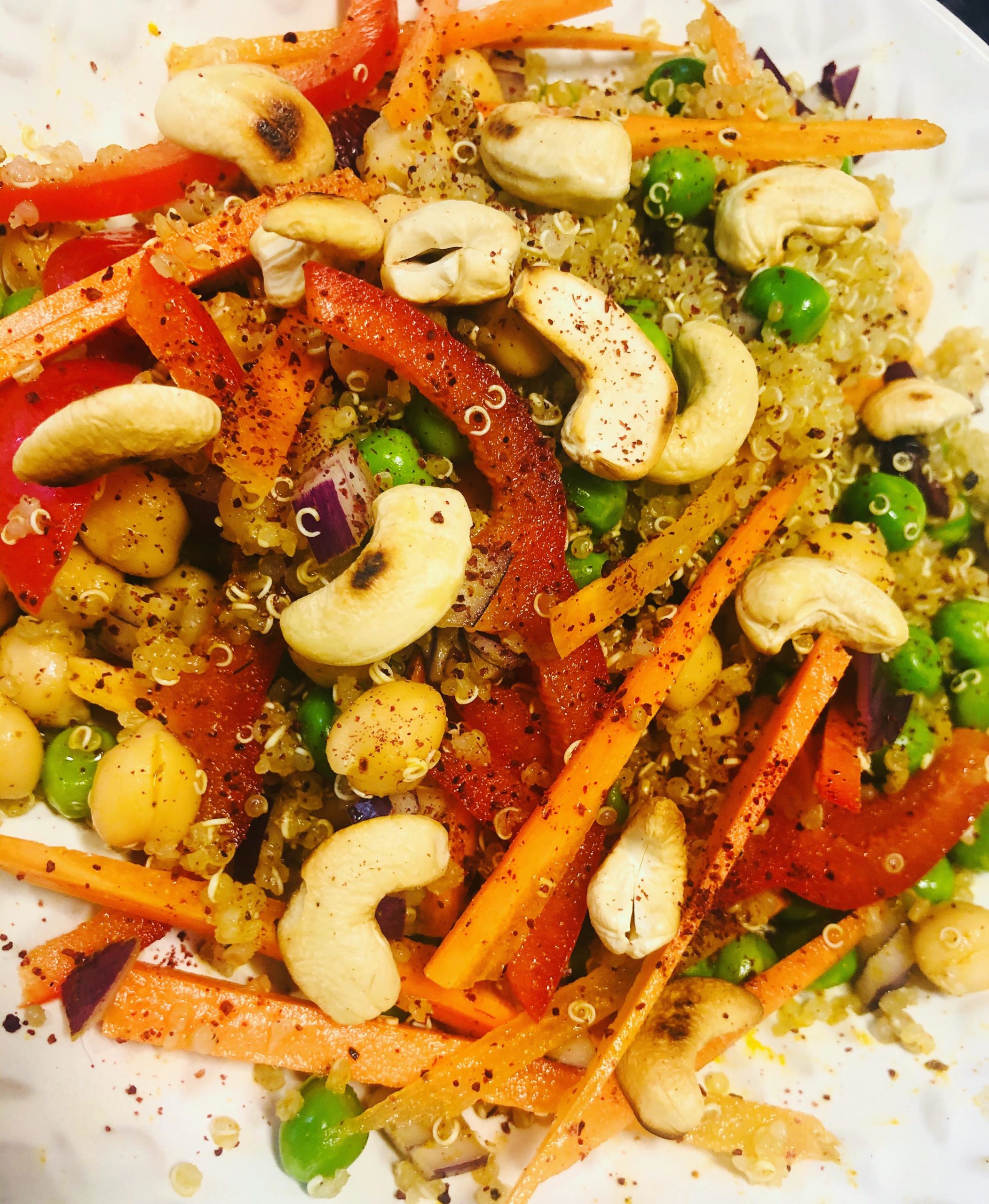