Is Vegan Pizza Healthy: What You Need To Know

Is vegan pizza healthy? We all know that pizza is incredibly tasty, but isn’t very good for us… but what about vegan pizza?
Dairy is inflammatory, so surely vegan pizzas are healthy right? Well, that very much depends. In this article, I will break down the pizza and explain everything you need to know about vegan pizza and whether it’s healthier or not. 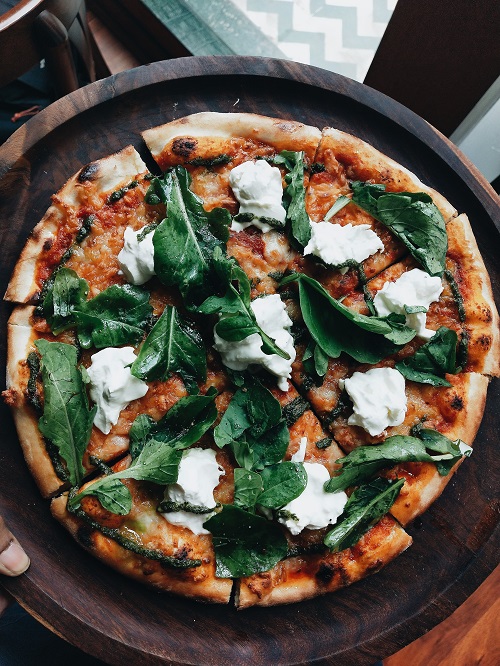 Of course, they can eat pizza. However, the pizza needs to be prepared with vegan-friendly ingredients.
Saying that there are many, many vegan pizza options out there. Not to mention an abundance of vegan pizza recipes as well.
Vegan pizzas are so tasty too, if not just as good as the real thing.

Yes and no. You see, it all boils down to how the vegan pizza is prepared. If there is a lot of added oil, cane sugar, or highly processed ingredients, then the answer would be no, it isn’t healthy.

However, if the vegan pizza is made using homemade cashew cheese, for example, a wholegrain crust, tomato sauce, and seasonings, then I don’t see how this can be unhealthy.

Garden pizzas tend to be loaded with veggies. Even if you have a white flour vegan pizza crust, but the topping is primarily vegetables, then I would consider this healthy. 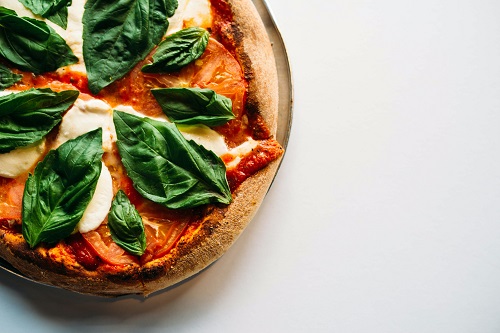 What is vegan pizza made of?
It depends. But, often it’s made with wheat flour, water yeast, salt, and oil as the base, and the toppings can be anywhere from veggies, tomatoes, vegan meats, and vegan cheese.
There are veggie-crusted pizzas too. But vegan pizzas are often made with wheat crust.

The short answer is no, domino’s vegan pizza is almost just as processed and unhealthy for you as their non-vegan pizzas.
Dominos is a fast food chain that specializes in pizza. Their pizzas taste great, but they are not a healthy fast food chain. 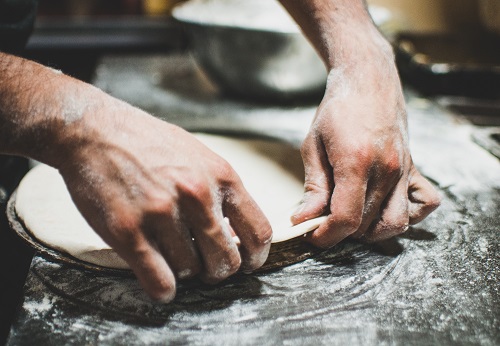 Homemade vegan pizzas can be much healthier than store-bought ones.
However, what you put in your pizza will dictate how healthy it is. If you add too many vegan processed meats, like vegan sausages, or ham, combined with high-fat vegan cheeses, it may not end up being the healthiest pizza.
When I make my own vegan pizza, I tend to make my own cashew cheese. And try to keep it simple.

Make the crust thin, load it with veggies, and add some homemade vegan cheese, and you should have a pretty healthy vegan pizza.

What Is The Healthiest Pizza Type?

Thin-crusted pizzas with vegetable toppings tend to be the best if you want to eat healthier. However, cauliflower-crusted pizzas or other vegetable-crusted pizzas are also up there on that list.
If you are making your own pizzas, make sure you avoid adding oils such as sunflower seed oil, palm oil, etc. If you do add oil, make sure it’s quality olive oil.
Keep your ingredients as fresh and clean as possible.

But remember, pizza is comfort food, just eat that pizza, and don’t regret it!

What Makes a Pizza Unhealthy? 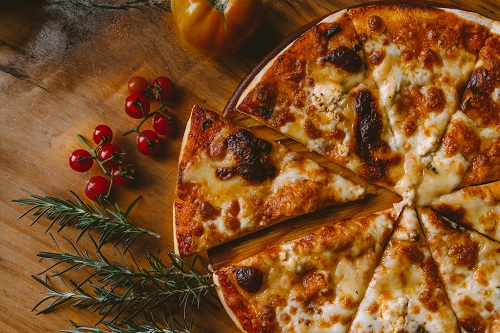 There are many things that make pizzas unhealthy. But here’s the list:

Vegan pizza can be healthy, but it all depends on how it’s prepared.
But remember, pizza is made to be enjoyed as comfort food. So, just eat that pizza and don’t worry much about it!

Follow Elena
Latest posts by Elena (see all)
28 August 2022
0
Is Country Crock Vegan: Explained Why Do I Cough After Eating Ice Cream & Milkshakes 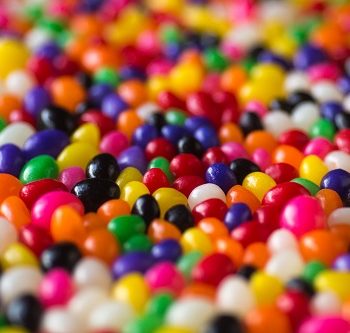 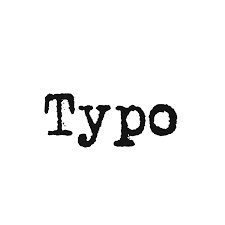 TYPO: A Stationary Addicts Dream – Is It A Vegan Dream Too? 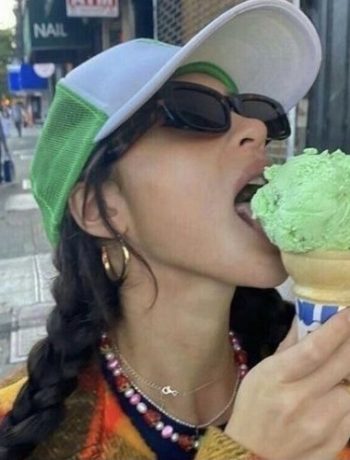